"The Fool" by Bladee "The Fool" is Bladee's latest addition to his relatively sizable discography. This album released about a month ago, but I wanted to review a Bladee project because he's a polarizing and interesting artist, and what better to review than his latest project? Surprisingly, there's only one feature here from Thaiboy Digital, a member of Drain Gang. Seeing as Bladee is part of a group like Drain Gang I'd expect at least another feature from another member, but I guess Bladee wanted this album to be all his. Thaiboy Digital's feature on here is actually pretty good, although a feature from Yung Lean or Ecco2k would have been nice. Some interesting sounds on here (as expected from Bladee) but is definitely more accessible than his other projects that I've heard. Hotel Breakfast is a standout song on this album and in Bladee's whole discography. It's clever, funny, and makes for a great listen. BBY has some great synths. One complaint I have is that this album is VERY short. The longest song is 'I Think...' at 3:11. All but two songs are under 3 minutes. I also don't like Bladee's vocals on 'I Think...' or 'egobaby'. This album has charm though and if you want to get into Bladee, "The Fool" is a good place to start. 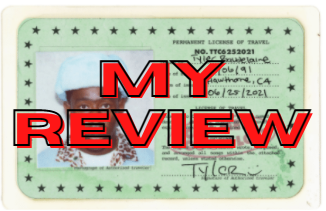